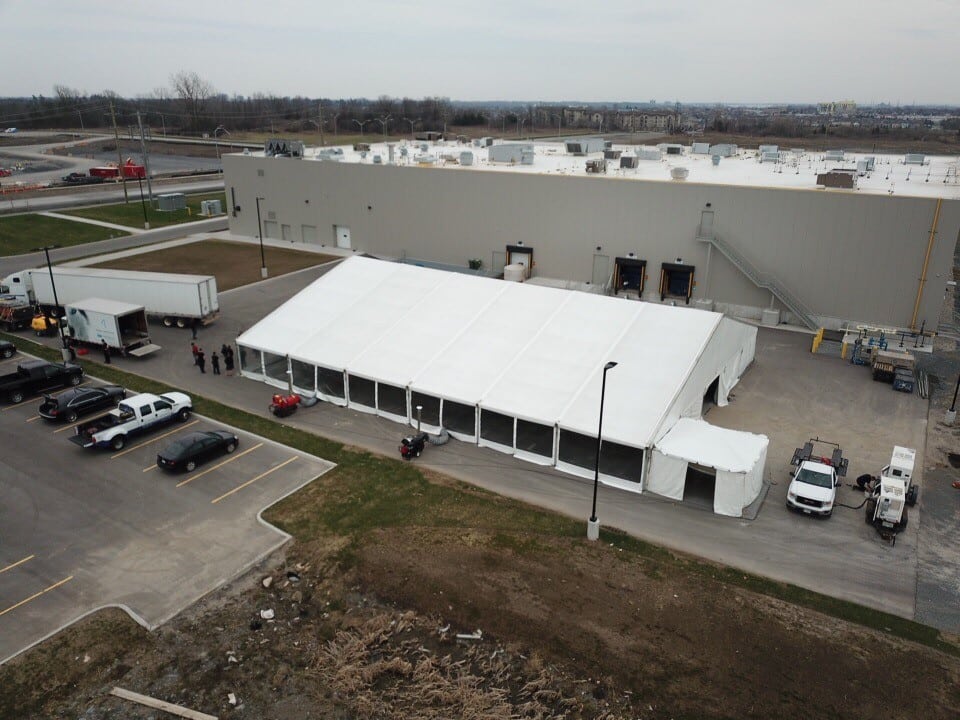 Frulact Group is a Portuguese food processor known worldwide for its fruit-based preparations. The company chose Kingston over a dozen other cities in Ontario for its first factory in Canada and its North American headquarters. In late April of this year the Portuguese Prime Minister Antonio Costa made a visit to the factory to celebrate its employees and the $4.3 million investment the country announced it would be contributing towards further technology, manufacturing and training. We were so happy they reached out to us at Regal Tent before the big visit to collaborate on putting up a tent that could be used for the factory’s big event!

We installed a 25m x 30m x 2.5m Clearspan tent on site (that’s 82′ x 98′ x 8′) with a mix of clear and white walls, as well as a smaller 15′ x 15′ x 8′ Kitchen tent for the caterers to work from. They also wanted double glass doors for their entrance, and flooring to follow the grade of the ground, which meant utilizing our amazing Supa-trac flooring inside both tents! Some heat, ceiling fans and safety packages completed the installation – oh, and some bright green carpet, Frulact’s signature colour! As expected, everything went off without a hitch except for a quick break our crew needed to take so a sugar truck could come make a delivery – obviously very important for a fruit factory! Click here to check out an aerial video of the tent on site!

This was a very important event for not only Frulact Group, but also for both Canada and Portugal as their trade relations deepen with the opening of the company’s North American headquarters in Canada! Regal Tent was so thrilled to be a small part of the festivities, and looks forward to working with the company for any future tenting needs they may have! If you have a corporate event (or any event for that matter!) that requires a tent, please click here to touch base and see how we can help you! 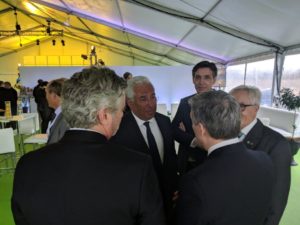 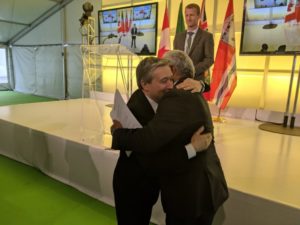 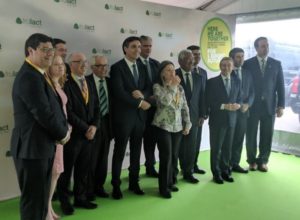